How did you get involved with computer science when you were younger? It was when I was young. One of the first home PCs that came out was the TI-99 and this was a small device that had a keyboard, the computer part was built in, and it hooked up to a TV. And my parents bought one, so I started playing around with it and I was seven at the time. On that particular machine you had two options, it had a little cartridge thing you could push in much like a came cartridge or you could program in basic. Those were your only two options. So anyone who had a computer at that time, you learned how to program because that was about the only thing you could do on your computer. And then it was something that I kind of continued pursuing playing with. I also do a lot of physics stuff so there were periods of time where I would use the computer primarily as a tool for physics and math and then when I came to college I double majored in the two.

How aware are you of the gender gap in the tech industry? I don’t know about the tech industry, but in this department, very. Though I feel like it has improved—so, one of the things that happened after the dot com bubble burst, enrollment in computer science nation wide dropped. And the media liked to talk about outsourcing and basically they had this line that there were, ‘no more programming jobs in the US. All the programming jobs were going to India and you just couldn’t get a programming job in the US.’ Which of course wasn’t true. But a lot of people believed it. And there were a lot of times that at recruiting events I would have to convince parents that their were still jobs in computer science. But that had an interesting impact upon the gender balance because in a small department like our if the enrollment goes below a certain size, we’d have situations where freshman year you would have like two, maybe three women come in; they were probably in different sections of the classes, they didn’t necessarily know about each other and when the numbers get too small there is a significant feeling of isolation. And so, you would go from having just a small number of women to zero because they’d felt like they were alone and drop out [of CS]. Because enrollments are going up now that aspect is kind of naturally fixing itself. Where getting past that threshold where people feel like they’re isolated and just having other women around helps the ones that are there stick around in the department. So I feel like we’re getting almost up to about 30 percent. So last year the algorithms class that I taught was about 7 out of 21. So around 3o percent is what we are seeing in this department right now. Obviously that is still not parody, but compared to the 10 percent where it had been not too long before that, it’s an improvement. It’s a significant improvement. In industry, I don’t actually see industry all that much, I read the reports on it, but that’s not what is highly visible to me.

How do you feel the Women in Computing club is affecting the gender disparity here at Trinity? How is it doing and how do you think it is helping? I think [Trinity University Women In Computing] is beneficial in that it prevents, once again, that sense of isolation. Everyone gets to see everyone else and acknowledge that there are other women in the department, and I think that is very beneficial. It forms a cohort of people that can support each other. It’ll be interesting, and in some ways since this is only the second year it has existed, you’ll have to see over time how this affects recruiting. Because this would be just at the beginning of possibly affecting recruiting. And in some ways it doesn’t impact first year recruiting. First years come in and are picking what they want to major in based on what they thought they wanted to major in prior to getting to Trinity. Where it could have an interesting impact is if sophomores who are disillusioned with whatever their first choice major was, how often women in that situation choose to look at computer science. And I think Kylie [the president] has done a very good job making this visible across the campus, so it will be interesting to see how much of an impact that has because it definitely could have a significant impact but we won’t know for a few years yet.

What is the department itself at Trinity doing to increase visibility just within the university? In some ways walk a fine line there, because our enrollments are growing whether we do anything to increase our visibility, right now computer science is a hot field—here and everywhere else. Which, we are currently at seven faculty and we’re overloading a few of our classes next semester to get everyone in, which leads to the, ‘Hmm, maybe we don’t want to recruit too heavily right now.’ Next year we should have an eighth faculty member that will allow us more flexibility to do such things. Once again, after the dot com bubble burst and there was that low point, I actually went and put of posters and stuff like that and tried to just promote computer science in general. I would do things like out up stuff on lower campus where the first years were running around. Right now we haven’t been because were at a stage where, at least this year, we don’t want too many more people. In some ways we’d love to have them but we don’t have seats for them. So hopefully the addition of another faculty member next year, and a lot of things are happening even outside of us. So, the MIS [management information systems] minor is growing in popularity, the business analytics major that was just created requires CS 1. SO there are a number of things that are happening outside of the computer science department that are pushing more people to take at least an intro course in it. We think that’s wonderful, as long as we can staff them. We’re kind of in a phase right now where we don’t feel a strong need for us to promote for people to come into computer science. We do for the recruiting, so we have this Trinity in Focus event coming up and we participate in those things, we try to get first years coming in who are interested in it and make sure they realize that Trinity does have a strong computer science department. And especially if you compare it to other small schools in Texas, none of the other small schools in Texas really come close to what we have. Rice is the only other school below 10,000 that has a strong computer science department. And so we want to make sure that people are aware of that, who visit here to know that it is an option. And that’s one of the things that computer science faces is that a lot of high school students think that if you want to major in computer science that you need to go to a big engineering type university. And that’s really not the case. You have to be selective in what small schools you look at, but there are a lot of benefits to having the individual attention a place like Trinity can provide when you are learning to code. Because honestly, learning to program can be extremely frustrating and that’s how computer science starts off. The end goal is you use the computer to build wonderful things and affect peoples lives, but in order to do that you have to learn how to talk to a computer. So the early steps of learning how to program can be very challenging for a lot of people; and it really helps to be able to come in and talk to faculty and get one on one time. Which you don’t do at UT or A&M.

What do you suggest a student who is late to the game but still wants to learn how to code do? So the question is how much do you want to learn how to code. So how much is your desire and how far do you want to go. So if you want a basic knowledge, a course we have for that is CSCI-1311, which unfortunately because of the staffing issues we’ve had very few sections of, so we have one section of it right now for next spring, but it is full and has 24 people on the waitlist. So that one is a little over subscribed, our hope is to have more seats there because that is really intended to be a general introduction to computer programming. And if all you wanted was one class to give you the basics that’s the route you would go. But that class doesn’t necessarily lead on to anything, it is not the prerequisite for anything we do. So then CSCI-1320, which is our standard CS 1, is a more rigorous introduction that leads on to CS 2, there is a low level computing class on through the major or the minor. It turns out the way our major is structured you can start the beginning of your sophomore year and you don’t have to break any prerequisites, our longest prerequisite structure is six semesters. So someone who is getting a late start as in the beginning of sophomore year, that’s not technically a late start for us. After that you won’t major in computer science, even picking up the minor at that point would be potentially challenging, just getting the number of hours in. Some of the majors like engineering and pre-med start off really broad because you have to take—so for premed you have to take your chemistry and your biology and you need an intro physics class and you need some calculus, there’s this whole set of intro classes that you don’t even have time for so they end up getting staggered a little bit. Engineering has a similar type of thing, where right off the bat they’re like, ‘You need to take all of this.’ We’re not like that. We have one class right up front; it is our introductory programming course and then things kind of spread out after that. 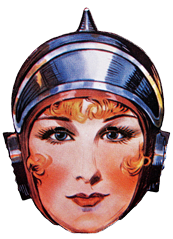